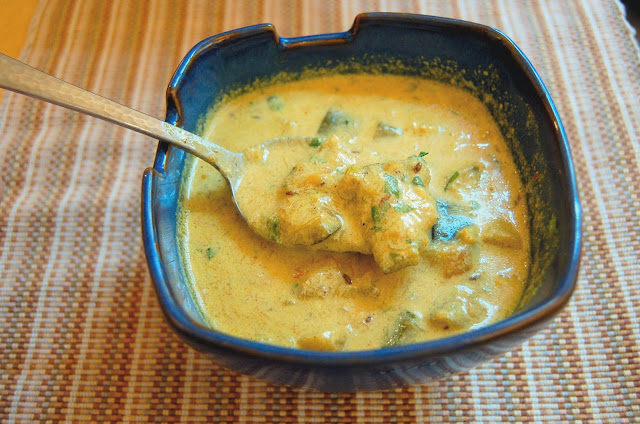 The weather is getting cold, the seasonal vegetables have changed and the budget is thin.

After beautiful summer weather all through September, Fall rolled in with a vengeance.  It got cool fast and everyone got sick.  The last week has been cool rainy days that are overcast and dark.  My least favourite kind of weather.  Getting up in the morning is difficult at best for all of us.  My kids have never really been bright and shiny risers.  As infants they were up early but once they were in the pre-school age category the wake up times got to be fairly reasonable.  Now with it so dark in the mornings the wake up for school involves my alarm going off and me waking them up.  They flop around and groan a lot.....well Bea flops around and groans a lot....and then they finally come down stairs, bleary eyed and barely functioning.  At this point I have already made coffee and packed their snacks.

We have just enough time to jam breakfast down, get dressed and run the second half of the walk to school or else be late. It isn't ideal but it is kinda working for us.

This time of year also moves us into cooler weather vegetables.  The hardier stuff, nothing delicate. Now we eat the larger zucchini not the delicate flowers, woodier beans and endlessly wonderful squash. I have mentioned before that I love cooking when the cooler weather hits.  It opens the doors (metaphorically) to casseroles, bakes, roasts and all the creamy foods that are just too heavy to eat in the summers heat.

We are also tightening our budget belts.  This month hits us with some extra expenses.  We have the twins 5th birthday at the end of the month and my 5 day New York trip that starts TOMORROW!!!  I have been trying to arm Big Daddy with some healthy meals that he can just pull out of the freezer while I am gone but life has been getting in the way.  He will have some spaghetti sauce and a couple of soups, including this one.

Over a year ago I wrote about going to to see Vikram Vij and Meeru Dhalwala (of Vij's and Rangoli fame)  talk about food while we were served dishes from their new cook book.  They were terribly charming and the food delicious but every time I have tried one of the recipes from their cook book Vij's at Home, the one they were promoting that night, I have found them flat, missing something, oily and terribly salty (and I like salt!).  I have ended up using the book as a great jumping off point to something different than what they intended and better than the result they recommend.

Here is their recipe with my alterations

1/3 cup cooking oil (I used coconut oil)
1 tbsp cumin seeds
2 cups finely chopped onion
2 tbsp finely chopped garlic
2 tbsp finely chopped ginger
1 tbsp chopped jalapeno (I recommend 1/2 tsp, or more, of cayenne instead)
1 1/2 tsp garam masala (I used a full 2 tsp, this is necessary because of my substitution of cream over milk, more spice to cut through the creaminess)
1 tbsp salt (I would recommend 2/3 tbsp)
1 tsp turmeric
2 lbs zucchini cut in 1/2- inch dice
1/2 cup water (I doubled the water and used half and half cream instead of milk
2 1/2 cups whole milk (1 1/2 cups of half and half)
1/2 cup chopped cilantro

**I stirred in a cup of plain yogurt just before serving.

In a soup pot over medium heat, heat oil and add cumin seeds.  Allow them to fizzle and slightly darken, about 30 seconds and then add the onion.  Saute until browned but not burned.  Add the garlic and saute for 1-2 minute until browned and then stir in ginger, jalapeno, garam masala, salt and turmeric.  Saute for 3-4 minutes stirring regularly, then add the zucchini and water and stir well.  Cook the zucchini for 3-4 minutes until tender then add milk, stir and bring to a light boil.  Then remove from the heat and stir in cilantro.

The original isn't bad but mine is better.