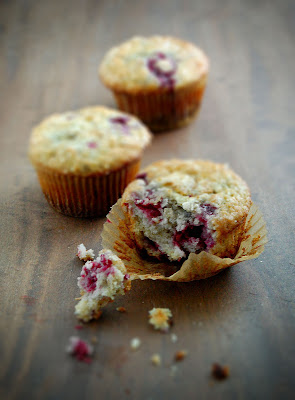 My kids are being a real challenge right now.  I am kinda at a loss.  I have seen many parenting experts talk, I own and have read various books on the many different styles and I have a great mom but I'm finding that I am spending an awful lot of time mouth-open stunned.

My daughters behaviour seems so dramatically crazy to me that I am concerned for her sanity!  SO much drama and histrionics.  Bodies being flung to the floor, arms flying, hitting, biting, blowing raspberries, screaming the scream that makes your ears bleed.  I try to 'mirror' her like according to Jennifer Kolari but she is so deep into her 'episode' that she can't even hear what I am saying.  I give her time to cool down so that we can have a productive talk but even then she squirms around and I know I barely have her attention.  She promises not to be 'naughty' or 'rude' anymore, says she is going to be 'nice now' (these are all her words).  I don't force an apology but ask that she says she won't do it again like Alyson Schafer recommends, giving her the responsibility to live up to her word.

And my son....well he has currently decided to play the role of door mat.  Ever the victim in all group play.  Some of this he comes by honestly - the kids in his class have been pretty brutal about giving him time to finish his thoughts and say what he wants - he stutters and is easily distracted.  His input in group play almost never gets heard.  Yes his wonderful teacher is working with Gabe and the class but kids are kids and they can be pretty cruel.  It doesn't help that he is the 'baby' (youngest, he was only a couple of months into being 4 when some of the kids were turning 6, which is terribly noticeable in the boys) in the class even though he isn't the smallest.  With him a broken block castle is 'everything is ruined forever', if he doesn't get what he wants he will 'never have it forever'.  His is pretty heavily laced with drama too but while Bea is hitting, he is laying on the floor taking it.

I am going through all the motions, doing the 'moves', saying what I am suppose to say and truly getting no where forever and ever......(geez where does Gabe get it from?)

It is when I hit these walls that I get in the kitchen.  Being able to successfully 'finish' something.  To start at a beginning and see it through to a satisfying end calms my nerves.  When the kitchen is clean and the cooling rack is full - I feel a sense of accomplishment that I just am not feeling as a parent right now and who can't say that eating something truly yummy doesn't make everything a bit easier.  The last few days I have been baking....probably more than I should but I have needed to.  The kids are still getting the attention they need but so am I.

My latest favourite.... This is adapted from a couple of different recipes - one being the gluten free raspberry coconut muffins they sell at the local health food store which calls for almond flour which although yummy would mean that I couldn't include them in the kids school snack (has to be nut free) and the other being a gluten free coconut raspberry muffin recipe from the unbelievably obnoxious Elizabeth Hasselbeck. Her cookbook (which I own) is "Deliciously G-Free" (thank god she saved me that extra time not having to say 'luten'!!)

I have tried both recipes a bunch of times and I think mine is best, besides...mine has NO refined sugar