And then here are at 39 months. It's all going too fast!!! Today, the last day of your 39th month I registered you for jr. Kindergarten!! All the stress, investigating the school, seeing what it's EQAO rating is, to french or not to french immersion, whats in your catchment, what isn't, and which one do you want them to go to? Daddy and I went to a kindergarten information night this week and although I came out a little more armed to make some decisions I also came out even more overwhelmed and realized again how completely un-prepared I am to be making what feels like life altering decisions for these little people that I still can't believe I have been blessed with. When did I become the adult? Why am I responsible? But here we are and you are all signed up. 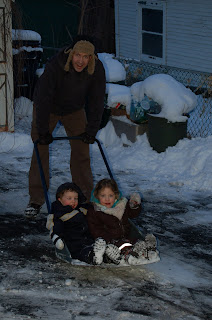 This month has been an odd one filled with what seems like endless terrible weather and certainly not weather for kids to be playing outside. Endless snow followed by rain and frosts....weird weird weather. You guys have had a couple of fun hours in the snow with Daddy, shoveling the walk and driveway. Then your favourite part when he either pushes both of you in the big shovel or drags around the single person sled. You guys actually squeal!! 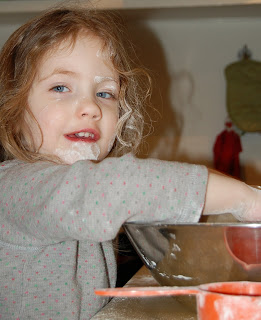 Bea you are being such a funny egg these days. Not only have you become much more agreeable, listening to instruction, happy to tidy up, good eater, and so polite, you are also a rough and tumble tom boy. Running around the house stomping your feet as loudly as you can. Jumping, rolling, skipping, flopping, singing and dancing and general rambunctious hilarity and all the time yelling "look at me" "watch this Mommy" "see I can do". If I don't pay attention you will keep asking over and over until I do watch and you are always so you are always so proud of yourself.

You have gotten into a funny 'remember' thing. I have been talking a lot lately about things in the past and asking if you remember them. Both of you always say yes even if you don't but the result of this is it has inspired you to ask me about random stuff and if I remember. But usually it goes like this "Mommy remember when dere were elephants Mommy RE MEM BER?!?" getting your face right up close to mine. And like you, I always answer yes. 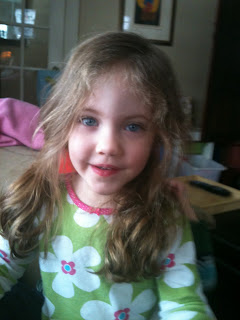 You have gotten into some imaginary stuff that is funny to me. I got all gussied up to go to a birthday party. You watched closely as I put make up and did my hair, asking questions as I did it. Once I was done I turned to you and asked "how do I look?" to which you replied with a voice of wonder "Mommy, you look like dinosaur".

Bea as much as you have sweetened up you are still a determined girl. I was having a conversation with Grammy one day and you really wanted to talk to her. I told you just a minute and then you could have a turn but you insisted and got mad that you would have to wait. You stormed into the other room. I followed you cause that is never a good sign only to find you having a very animated conversation on a toy phone. I asked who you were talking to and you said "Shush Mommy, I talk to Molly, your turn later". Molly being Grammy's dog. 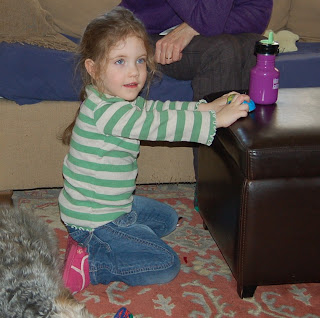 Bea you are so happy to please now that you are trying to hard. Over breakfast a few days ago, I started talking about manners. When I got to the part about chewing with your mouth closed I demonstrated. Which led to you having a melt down when you couldn't see your own mouth while chewing to make sure it was closed.

Bea you really are more and more lovable, fun, funny and prettier all the time. You have also decided that you love back scratches and ask for them all the time. Then you lay down on your tummy and pull your shirt up. 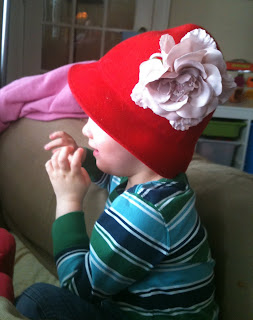 Gabe.....oh dear Gabe, you are struggling through three. trying desperately to put your foot down but almost always choosing impossible things to have opinions about. Asking for toast one day but getting really mad when the bread needs to go in the toaster. I tell you it's not ready yet and you say "yeah it is", so I hand you the bread, "NO TOAST" so I put it in the toaster, "NO IT'S ALL DONE" I take it out and hand it to you, melt down, laying on the floor "Noooooo nononononono! TOAST"! There is just no winning with you right now.

One night I ate dinner while you had a hungry boy melt down at my feet that it wasn't dinner time but "train track time". You are always trying to defy us even if it is something that you might want just to put your foot down and have an opinion. I try to reason with you as much as possible, explaining the in and outs of your current options but sometimes I have to let you lay on the floor and have your melt down. 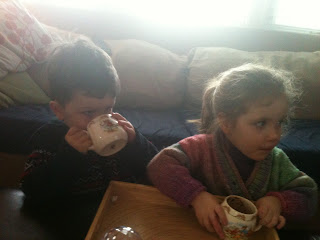 I am trying desperately to get you potty trained but has just turned into another thing for you to control and put your foot down about so we have had to drop it for a while. I remember when you were almost two and I started looking/asking for potty training advice a few moms of boys I know said that it was after three and close to four in some cases before their kids were potty trained. At the time I thought that was insane!! Why would it take their boys so much longer?? But now I think I have it figured out. Just as boys mature physically enough to start making connections with their bodies and start the potty training it often coincides with whatever age of terribleness they have to go through and unfortunately that is exactly what it happening here. I have decided to pick my battles and that one is just not worth it at this time. 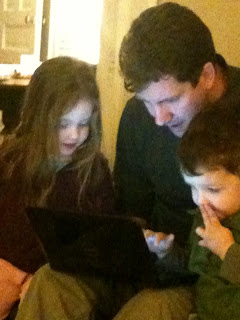 But all of this new found self awareness has also brought on some really funny moments. According to you the lamp in the bathroom needs a new 'lightballs'. You are now counting higher and higher "one, two, three, four, five, six, seven, eight, nine, ten, oneteen, twelve, threeteen"...etc until 21, when he said "two-oneteen, two-twoteen, two-threeteen"....etc. I have also been teaching you how to count in french now that I know you will be going to french immersion school in the fall and you are doing pretty well, no able to count to three "Do Da Twa"

One of the good things about your new found asserting yourself is that you are slowly starting to stand up to Bea which is a good thing. In fact it has made the two of you closer and sweeter to eachother now that Bea knows she can't push you around. One evening I had two wet towel wrapped giggling kids run towards me just out of the tub. Gabe points to Bea and says "That's my Bedo" and she kisses him. I say "yes Bedo is your sister" and Gabe says "yeah we love our chuther" (eachother)

I have noticed one other big change this month, your senses of humour and I am not entirely sure if I can even explain it but it has matured. you are both able to 'make' jokes or are at least aware when you are being funny. Up until now it was more laughing at stuff or at being tickled but now there is an intelligence to it....a smarts. 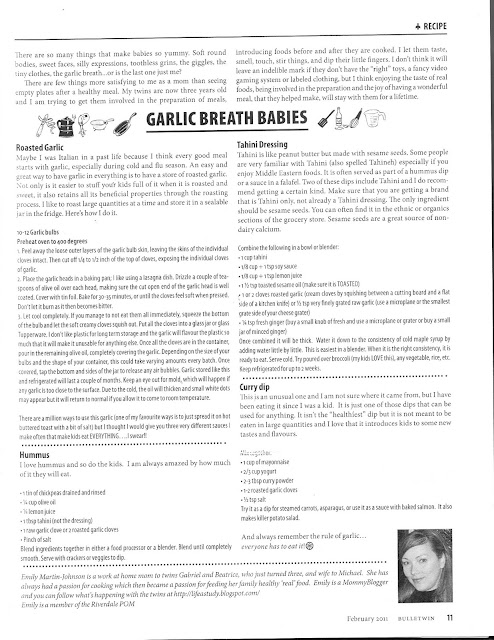